Shai Feldman is the Judith and Sidney Swartz Director of the Crown Center for Middle East Studies at Brandeis University and is a Senior Fellow and a member of the Board of Directors of Harvard University’s Belfer Center for Science and International Affairs. His most recent book is Arabs and Israelis: Conflict and Peacemaking in the Middle East, with Abdel Monem Said Aly and Khalil Shikaki (London: Palgrave Macmillan, 2013). 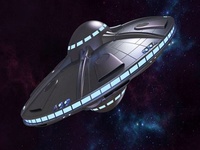 Re: Five Early Lessons from the Israel-Hamas War